I thought long and hard about posting this here, as the subject of the page/podcast episode is a defense of the five points of Calvinism, and I’m not really interested in arguing that issue here. But what ultimately pushed me toward posting this link (below, at the bottom of this post) is that Piper puts his finger on an issue that’s bothered me about Lewis for some time:

I have read more of C.S. Lewis than any other author on the planet except Jonathan Edwards. I love C.S. Lewis. He has made a great difference in my life. But one thing you will look for in vain in all the writings of C.S. Lewis: careful, serious biblical exposition.

Lewis made a great difference in my life and my faith as well. It’s thanks to him that I see Christianity as something I can think about, reason about, debate about. It’s thanks to him that I see it as, first and foremost, a matter of truth, regardless of how I might feel about it. But when he writes things like (and I’m paraphrasing here, as I don’t remember the exact reference, and sadly Janine Goffar’s C.S. Lewis Index has let me down in finding it) “I find it’s best to take the Calvinist view of my own virtues and others’ vices, and the other view of my vices and others’ virtues,” while it may be good counsel in terms of humility and charity, it’s simply lousy theology (even ignoring the incorrect assumption that “the Calvinist view” does not hold men responsible for their actions).

Lewis, of course, was not a theologian by profession. But everyone is a theologian, and Lewis certainly presents the basics of Christian theology in Mere Christianity. He applies it in various ways in his fiction, and he discusses various aspects at length in a number of his non-fiction works (Miracles, The Problem of Pain, Letters to Malcolm, etc.). But his discussion seems to be much more from a philosophical perspective than an exegetical one.

Calvinism, like any other theological belief or system, is either true or false (or, more likely, a mixture of true and false in some proportion); it cannot be true for some and false for others. It may well have been that Lewis wasn’t particularly interested in the question; he didn’t write much about it, what he did write didn’t demonstrate much understanding of the issues involved, and indicated that he didn’t find the question very important. 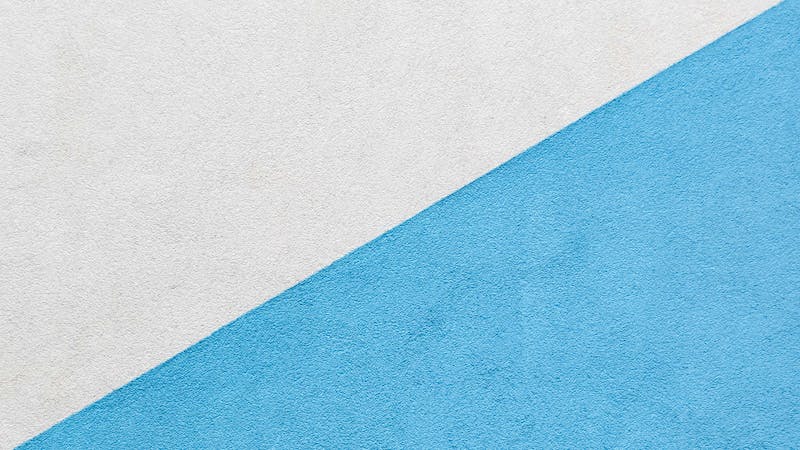 Is the Calvinist-Arminian Debate Really Important?

Are Calvinism and Arminianism just points of debate for theologians, or do they actually have real-life implications on our relationship with God?

Predestination vs. Freedom is what Lewis (together with George MacDonald) discuss in chapters 13 and 14 of The Great Divorce. And I must say that no matter how hard I try, I cannot understand what Lewis is saying about how something being in time or not influences this.

Thank you so much for this, Dan, and for the caveat.

My response is twofold:

First, the view Lewis had of the Church. It was the Church’s job to do theology. It was Lewis’s job to be a good member of the church, and that meant submitting to the leaders of the church. Theology was not his calling. And he lived before a click on Bible Hub brings a wealth of commentaries to our fingertips, as well as every kind of Biblical study tool which has helps us all to address theological questions for ourselves. Perhaps his most interesting comment on this is in, I think, “Fern Seed and Elephants” in which he says he is only a sheep bleating to the shepherds but “wise shepherds listen to the sheep.” (from memory, no time to check)

Secondly, Lewis’s gift–what he so admired in MacDonald–is mythopoesis: the creation of images that show us what Truth looks like in other worlds. It is his images that move us; there are people who have turned back to God because of getting to know Aslan. This fits with Lewis’s wanting to be a poet. To take your example of the proper view of our faults, I enjoy that, not as theology, but as a mindset, a point of view akin to image. It is not serious. It addresses the mindset that tends to go easy on oneself because God’s grace will take care of it (true, but doesn’t excuse vigilant obedience) and the mindset that gets in a lather of doing because it all depends on us. (We do need to obey, but in dependence upon the Spirit’s leading and empowerment.)

Hope I have been clear. If not, have at me.

Friends, I sent this as a reply to Dan’s post yesterday evening and not seeing it yet come in from SpareOom, thought maybe I should send it as a stand-alone post. Forgive me if this will be a duplicate.

Dan, careful, serious biblical exposition was not something Lewis had been formally educated in although the essay “Why I am not a Pacifist” is pretty good biblical exposition of the single verse of turning the other cheek. I think it is unfair to look for expertise in an area in which any author has no education nor ever made a claim to such. Lewis certainly is disappointing to me in some of what he writes in Reflections on the Psalms. But I wish Piper had nuanced his comment with a bit more fairness and charity.

What I believe Lewis meant about being a Calvinist with respect to his virtues was that he seems to have believed that the teaching about total depravity left no room whatsoever for any “natural virtue.” I have just finished reading Robert R. Reilly’s America on Trial

in which Reilly strongly criticizes the Reformation for doing away with the idea of natural law under the influence of Ockham and nominalism. He praises Richard Hooker for saving the Aristotle-Aquinas antecedents to natural law for the Anglican church and from Hooker to Locke and the founders of American democracy. He seems to be making the same mistake about the reformation in general that Lewis made about Calvin.

While Lewis may have been right to think doubtfully of the authentic virtue of any of his natural virtues, Luther, Calvin and the other mainline reformers have ample witness to their inclusion of natural law and common grace which benefits or can potentially benefit all people everywhere and in every time provided they heed to it. Lewis certainly does not know Calvin if by “total depravity” he thought Calvin was therefore excluding natural law or common grace. I refer here to Torrance Kirby’s article titled “Richard Hooker’s Discourse on Natural Law in the context of the Magisterial Reformation.” This can easily be found online with a search.

What the Reformers did not believe (and neither do Anglicans or Roman Catholics) was that any human being could be saved on his or her own merits and by his or her own good works. All of these emphatically reject the Pelagian heresy. As corrupted as the Roman church was at the time (15th-16th centuries), it is no wonder that the Reformers felt obligated to emphasize salvation by grace alone through faith alone, denying that we in any way can earn our salvation or merit God’s grace.

Ultimately, Christ alone saves us: He is the fountain and source of all goodness and whatever goodness we may experience in whatever form, Christian or not, comes from Him.

I wish Lewis had been a bit more careful with his handling of the Psalms in his book. But I certainly cannot fault him for the absence of a skill which he never claimed to have. Forgive me if this will be a duplicate.

It isn’t a duplicate, but I’ve moved it into this topic.

What I believe Lewis meant about being a Calvinist with respect to his virtues was that he seems to have believed that the teaching about total depravity left no room whatsoever for any “natural virtue.”

Now that’s a possibility I hadn’t considered. It is unfortunate that whoever decided to use the TULIP acronym for the five points chose expressions (for most of the points, really) that are so badly misunderstood–total depravity doesn’t mean this, of course, nor does it mean that the image of God is completely destroyed in fallen man. Rather, it refers to the belief that original sin affects all the parts and faculties of man–not only the will, but also the intellect, and even the body itself (hence the teaching of Romans 5 that death entered because of sin).

It does seem that Lewis didn’t know much about Calvinism (other than that it involved a belief in predestination, and perhaps TULIP). Maybe what he’d heard of TULIP acted to reduce, rather than increase, his knowledge.

Actually, judging from some of the things that Lewis wrote about Calvin in “English Literature in the 16th Century”, it seems that he was conversant with Calvin’s writings, for example:

“On the duty of of alms-giving, and even on the subtle corruptions of alms-giving, few men have written better than Calvin himself. The limit of giving is to be the limit of our ability to give. We must not consider ourselves free to refuse because those who ask us are undeserving, ‘for Scripture here cometh to our side with this excellent reason, that we respect not what men merit of themselves but looke only vpon God’s image which they bear’…A Christian must not give ‘as though he would binde his brother vnto himself by the benefit’ [Lewis is translating from Calvin’s Latin into contemporary English] (Institutio, III, vii. 6,7)”.

“All parties inherited from the Middle Ages the assumption that Christian man could live only in a theocratic polity which had both the right and the duty of enforcing true religion by persecution. Those who resisted its authority did so not because they thought it had no right to impose doctrines but because they thought it was imposing the wrong ones. Those who were burned as heretics were often (and on their premises, logically) eager to burn others on the same charge. When Calvin led the attack on Servetus which ended in his being burnt at Geneva, he was acting on accepted medieval principles.”

Reading passages like the latter, one can understand why Lewis hated theocracy with a passion.

Ruby, could you elaborate on how you “wish Lewis had been a bit more careful with his handling of the Psalms in his book”. Thanks.

Thanks, Dan, apparently I don’t get the posts moved to topic?? I’m wondering if there’s something in my settings which need to be tweaked so I continue to get “topics?” BTW, in one of MacDonald’s novels (I think maybe “Salted with Fire”) he comments that some of Calvin’s followers took his ideas out of context and then exaggerated them. MacDonald grew up in the “hyper-Calvinism” of Scottish Presbyterianism at the time.